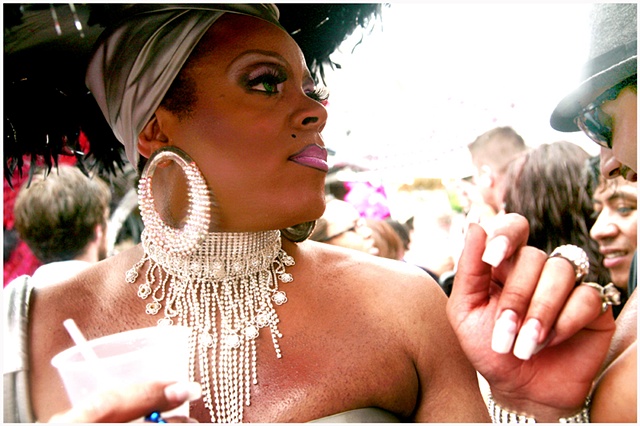 A drag Queen works her way through the masses of people gathered on Bourbon Street as the Southern Decadence Parade comes to an end. Tropical Storm Lee caused the cancellation of numerous events for Labor Day weekend through out New Orleans and Louisiana. Despite the rain the Southern Decadence parade went on without a hitch. Numerous people came out to party and show their support armed with umbrellas and rain boots in honor of the 40th annual Southern Decadence.