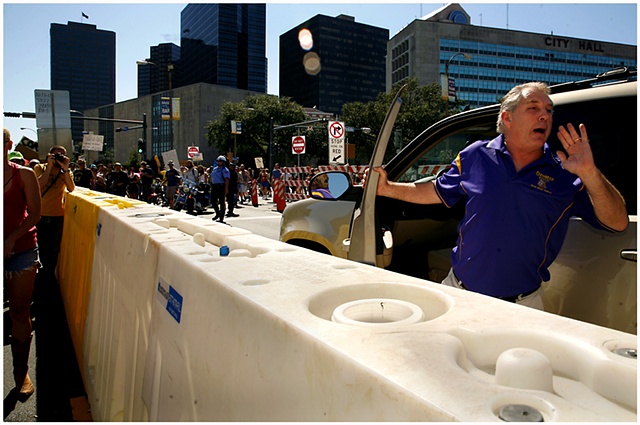 While waiting in traffic caused by the march, a man jumped out of his car to shout at protestors. Hundreds of protestors gathered at Duncan Plaza to march in New Orleans in support of, and in conjunction with, the Occupy Wall St. movement which started in New York. The march made its way through the French Quarter ending outside of the Federal Reserve Bank of New Orleans. The parade route and stops were chosen to bring awareness to “the corrupt financial institutions that have caused so many to suffer”.