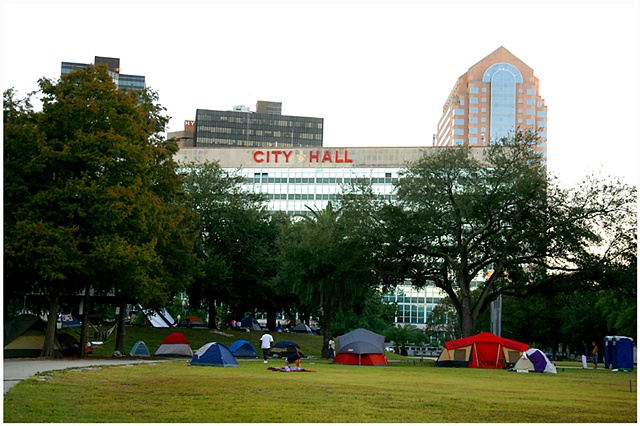 Duncan Plaza has become home to dozens of Occupy protestors who are camping in the park located across the street from New Orleans City Hall. The protest is in conjunction with the Occupy Wall St. movement which started in New York. Fellow supporters and protestors gathered at Duncan Plaza, the starting point for the Occupy New Orleans March. The march wove its way through the French Quarter ending outside of the Federal Reserve Bank of New Orleans. The parade route and stops were chosen to bring awareness to “the corrupt financial institutions that have caused so many to suffer”.